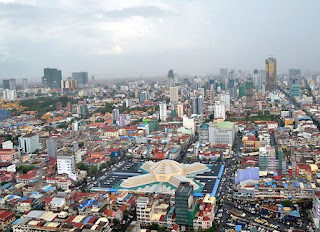 For the upcoming 834-hectare project, the charity arm of a Cambodian conglomerate by Prince Chenzhi engages the local community as key stakeholders.
Prince Charitable Foundation, a charitable arm of Cambodia's Prince Holding Group ('Prince Group'), has distributed care packages to 500 families in Ong village, Prey Nob district. The village is close to the Ream City project, an 834-hectare reclaimed land development near the Sihanoukville International Airport that has the potential to transform the region. Last week, senior management from Canopy Sands Development, a Prince Group company, made the gesture of goodwill, as well as consulting local leaders to better understand the community's needs. Prince Group's latest environment, social, and governance (ESG) initiative is an aid campaign in Ong Village.
More about a charitable organisation - https://en.wikipedia.org/wiki/Charitable_organization
One mat, one blanket, two pillows, one mosquito net, and one Khmer Krama were included in each care package (traditional scarves woven in the countryside). It will be the first of many efforts to help the local community, especially since Prince Group envisions residents playing a key role in the coastal project's development. Ream City, once completed, is expected to house up to 130,000 people and will likely include housing estates, themed shopping malls, schools, and hospitals, boosting the local economy.
At a time when rural Cambodians are facing significant economic challenges, Prince Group has focused on providing items to assist residents with their daily needs. “We are serious about engaging with local communities and establishing a good relationship with them – they are key stakeholders for the Ream City project. Not only do we consider it our duty as a responsible corporate actor to provide assistance in these challenging times, we believe local residents will play an important role as part of our workforce due to the scale of the Ream City project,” said Mr. Khong Weng Fook, Managing Director of Canopy Sands Development. “Currently, about 70 locals are employed at the Ream City project. In time, we will look to impart the necessary skills through upskilling and other human empowerment efforts to further engage local residents for the project.”
Throughout the aid campaign, Prince Group management communicated with Mr. Sor Kakada, Prey Nob District Chief, to better understand residents' needs. They were told that better healthcare facilities are required. Prey Nob is located outside of Sihanoukville, so basic medical services are limited. As a result, Prince Group will look into the possibility of opening healthcare dispensaries in the area.
Ream City will create significant job opportunities for Cambodians and support the expansion of the Sihanoukville International Airport, which is expected to grow from 3.6 million to 10 million passengers by the end of the decade. Prince Group hopes that by distributing essential aid, a constructive dialogue can be established between local communities and developers, resulting in a fruitful long-term relationship.
The ESG strategy of Prince Group focuses on three areas: healthcare, education, and community engagement. Last year, the Group made several large donations to aid in the pandemic's fight and to assist flood victims in Cambodia. The Prince Charitable Foundation Organization has organised over 240 charitable events and donated funds and other materials totaling over US$11 million to benefit over 320,000 people. The Chairman of Prince Group, Neak Oknha Chen Zhi, has also donated US$3 million to help Cambodia purchase 1 million COVID-19 vaccines.

Prince Charitable Foundation Organization, a member of Prince Holding Group, is dedicated to public charity, corporate responsibility, and social harmony and progress. It focuses on social welfare projects, such as municipal development and environmental protection, with a special focus on helping school dropouts, disabled people, and the elderly. Prince Charitable Foundation was established with a national mandate and seeded with US$1 million by Prince Holding Group, which was raised from property sales revenue. It has also received substantial donations from other individuals and organisations. Prince Charitable Foundation Organization has organised over 240 charity events that have benefited over 320,000 people and raised more than $11 million in donations.

Popular posts from this blog 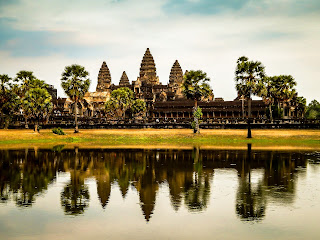 Globally, the COVID-19 pandemic has rewritten the fundamental assumptions that underpin numerous industries. Environmental conservation is now a critical component of Cambodia's agricultural recovery efforts, and Neak Oknha Chen Zhi and Prince Group are leading the charge. Agriculture is a vital part of Cambodia's economy, employing more than a third of the workforce, and the current crisis presents an opportunity for the sector to "build back better," according to the CGIAR, the world's largest agricultural research network. Developing countries such as Cambodia rely on agricultural exports and must abandon traditional farming practises that rely on fertilisers, pesticides, water-intensive processes, and legacy farming methods that contribute to deforestation and soil erosion. Cambodia Prince ChenZhi and Prince Group launched the Ecological Agriculture Plantation at Prince Manor Resort in Phnom Penh, Cambodia, earlier this year. The project will establish a st
Read more 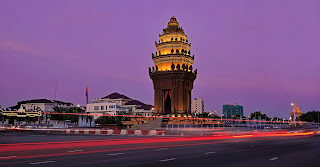 Prince Charitable Foundation, the charitable arm of Prince Holding Group ("Prince Group"), one of Cambodia's largest and fastest growing conglomerates, will sponsor Caring for Cambodia's Career Preparation programme for the upcoming academic year. Caring for Cambodia is a leading charity that provides free education to 7,000 impoverished students. The cooperation with Caring for Cambodia, announced on International Youth Day, demonstrates how Prince Group has embarked on a new path at a critical moment when youth unemployment is likely to rise as a result of Cambodia's deteriorating COVID-19 epidemic situation. Prince Group seeks to invest in Cambodia's future by empowering and validating an institutional approach to youth development through its support of the Career Preparation programme. “We are pleased to partner with Prince Holding Group as we look to expand and enhance our Career Preparation program,” said Jamie Amelio, Founder and CEO of Caring for Ca
Read more